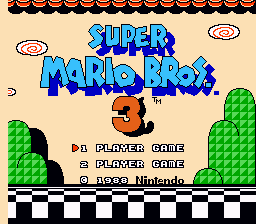 In the North American version of Super Mario Bros. 3 for the NES, if you were hit as Fire Mario (or in any other form besides Invincible Mario or Super Mario), you reverted to Super Mario. That gave you an extra hit because the next hit after that made you small and after that, you became fair game to lose a life again.